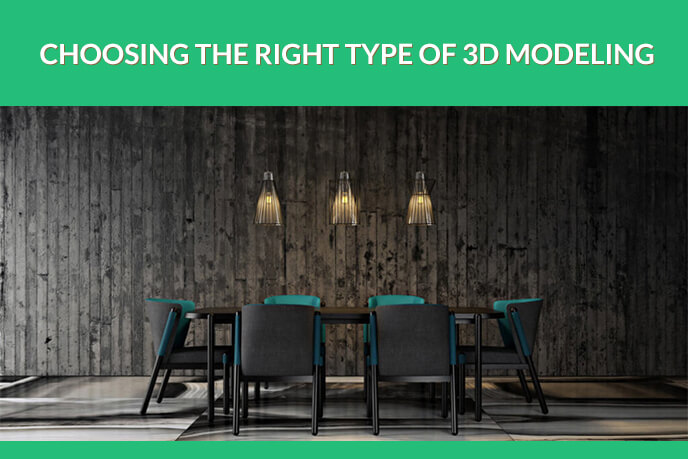 TYPES OF 3D MODELING: WHICH ONE TO CHOOSE?

The number of types of 3D modeling is growing constantly, and this is related not so much to ways of creating 3D models, but rather to how they are used. Yes, you’ve read that correctly - there is no “one size fits all” principle regarding how different 3D models are used. The issue has to be explained, so today you’ll learn the difference between methods of making 3D models - and who knows it better than a 3D modeling studio?

Even if you aren’t a 3D modeler, there is a need for you to understand types of 3D modeling. The reason is simple - you want ordered images to look as good as possible, as such you need to know which type works best for your designs. Here are just a few out of many spheres of using CGI that require specific types of 3D modeling.

To make yourself familiar with many terms that will be mentioned next, please, check out a short list of 3D modeling terms - this way you’ll not just learn something new, but also make communication with personal project managers for your tasks much easier.

This is the most common and simple way of using 3D models. If marketing department needs images for a catalogs or any other promotional materials, this is where they need 3D product visualization. These images, despite being mostly error-free (since there are just a handful of rules that 3D modeler has to follow), take a long time to be made gorgeous. From all types of 3D modeling, there are several that are used for this sphere. Depending on the intended quality of 3D models, it’s possible to use polygon modeling, spline (NURBS) modeling or 3D sculpting. The former is faster and cheaper, but its level of detail is limited to quantity of polygons (more polygons - smaller details). NURBS is simpler than polygonal modeling, but limiting in terms of types of things that can be created with it, specialising in basic 3D shapes and largely used as a foundation for polygonal models. The latter is more time-consuming and complicated, but allows tiny details to be implemented on the fly, resulting in better overall quality. 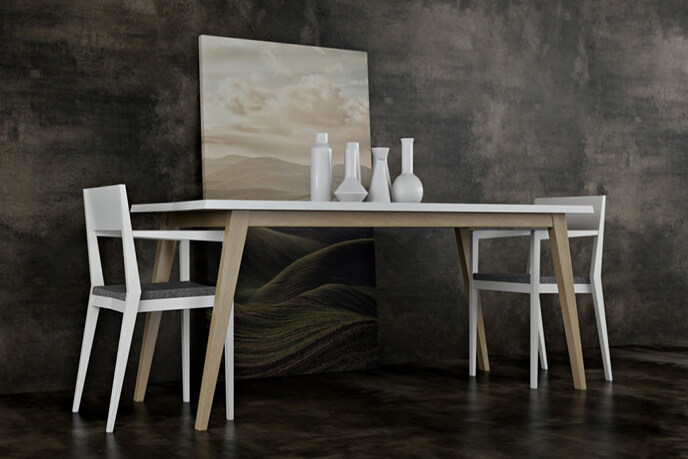 With VR and AR technologies revolutionising marketing, there is a high demand on producing 3D models compatible with virtual reality and augmented reality programs. Currently out of all types of 3D modeling it’s considered one of the hardest - 3D models have to be flexible and have no “blind spots”. Polygon modeling can be used here too, but it needs to be more refined. Here come NURMS, or subdivision surface modeling. It is the same as good old PM, but each polygon is subdivided (hence the name) into smaller surfaces, making objects smoother, making them more realistic and flexible - just what developers need to fill their VR and AR programs. What about 3D sculpting? Well, these 3D models take a lot more storage space and need more processing power, making them ill-suited for interactive use. 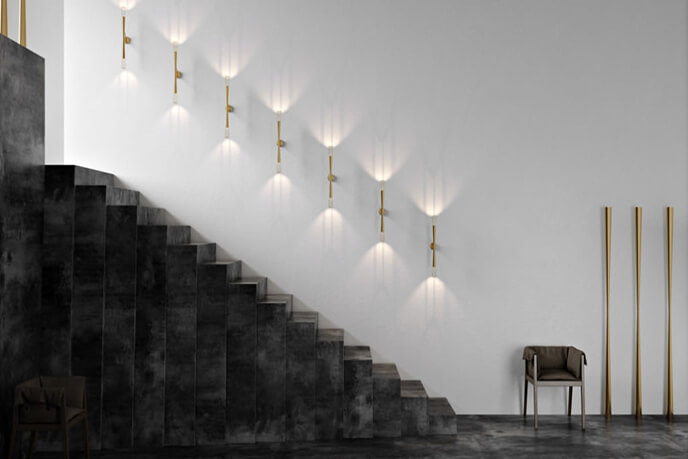 There is a saying that architecture is 50% creativity and 50% math. The types of 3D modeling that were mentioned before can be used to visualize designs that exist solely on paper, but what about actual construction and engineering part? Here comes CAD, or computer aided drafting. It is used to translate 2D blueprints into 3D, making on-site activity and construction management significantly easier. The results are just that - blueprints, but these 3D models can be used as a basis for more artistic depictions of exteriors and interiors. 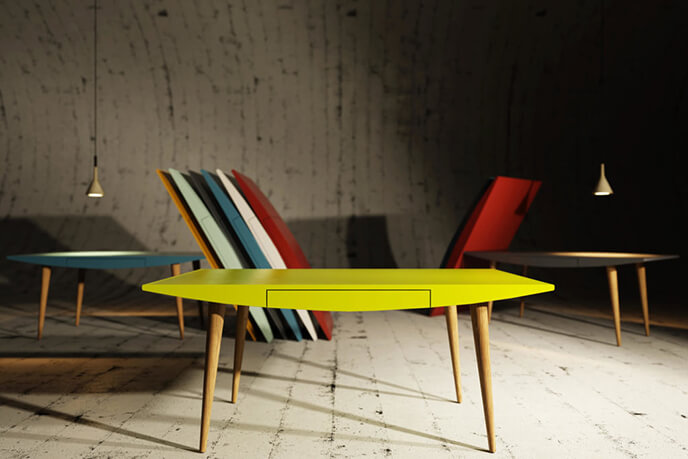 As was said before, there are many uses for 3D models, and they are not limited to just visualizations. 3D printing is a relatively recent industry that already promises much more than minor parafernalia production. Electronic devices, entire buildings and even functional organs - this amazing invention has revolutionized manufacturing as a whole. So it can indeed be used for streamlining production and, most importantly, for cheap prototyping. 3D printers can’t create without any blueprints so they need 3D models to “know” what to do. The types of 3D modeling that are most common for this activity are polygon modeling for simpler objects and 3D sculpting for more complex ones. 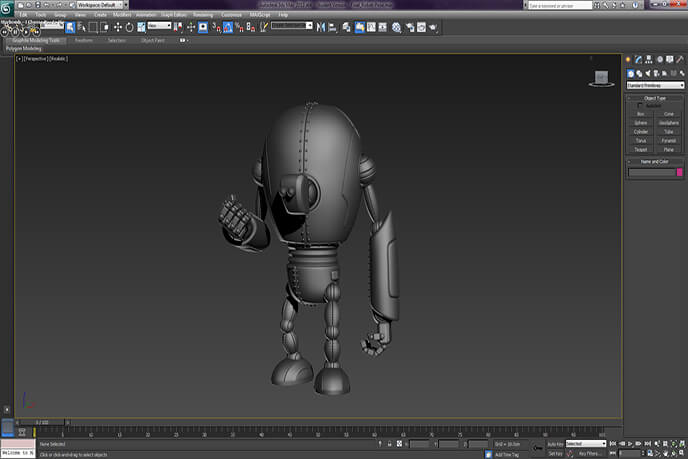 Computer and console games are constantly improving both in terms of features and graphics. Right now, game developers can make masterpieces that can simulate real world with mind-boggling visuals. Couple that with VR and AR and you get Matrix-like software - scary stuff! Anyway, almost all types of 3D modeling works here - for level design and entity creation.

#6. 3D Modeling For Animation And Movies 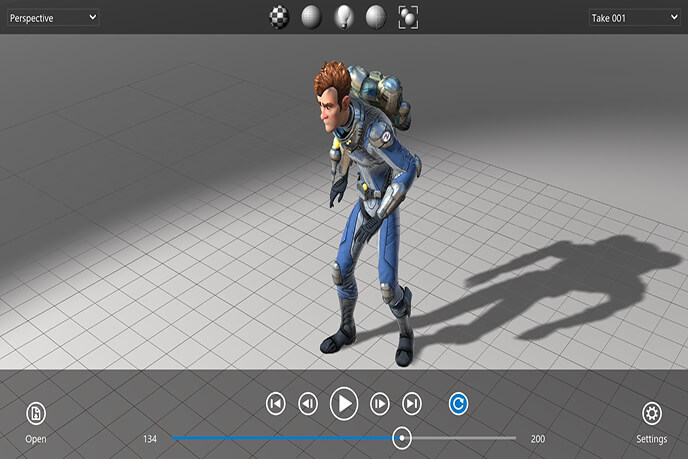 You might be surprised how much CGI there are in movies. No, not just fantasy or science fiction films - even in slice of life flicks. Sometimes it’s just minor tweaks, sometimes it involves adding elements to pre-recorded sets. There are not many options here as for types of 3D modeling: most likely it’s NURMS, for faster and highly detailed 3D models.

And these were all types of 3D modeling and where each one is used. Now you know which of them are utilized in product marketing, architecture, 3D printing, game design, and movies. As you can see, 3D modeling is now in numerous spheres of our lives! And the number of industries that benefit from the technology just keeps growing.

If you need high quality 3D models for architectural or product visualization, this is UFO 3D specialty. Get photorealistic CGI with our professional 3D modeling services!

Three main types of 3D modeling are polygonal modeling, NURBS modeling, and digital sculpting. Polygonal modeling implies that a 3D object is built of small blocks called polygons that form a polygonal mesh. NURBS is a type of modeling in which models are made with the help of curves. And digital sculpting is a method of 3D modeling that allows an artist to interact with digital objects as if they were made of clay, shaping them through pulling, pushing, smoothing, etc.
3D modeling is used to digitally represent an object in three dimensions. 3D model can be a simulation of any real-life or fictional object. That is why 3D modeling can be used for numerous purposes, including the creation of visual materials for product design and promotion, gaming and movies, medicine, science, architecture, and other fields.
There are plenty of 3D modeling software options. The most popular programs for creating 3D models are Autodesk 3Ds Max, Autodesk Maya, Blender, ZBrush, Rhinoceros 3D, Cinema 4D.
3D modeling has extensive use in many industries, including architecture, engineering, gaming, advertisement, product design, entertainment, medicine, geology, science, and more. Each of these industries has specific purposes for using 3D models.

One Comment on “TYPES OF 3D MODELING AND SPHERES OF USE: CHOOSE THE BEST ONE FOR YOUR PROJECT”